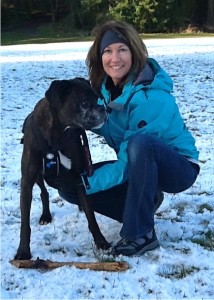 After graduating from the University of Victoria in 1988 with a B.A. in Economics, Ms. McConnachie pursued a business career in the information technology sector. She held management positions in marketing and communications, product development, business development and sales. After working 15 years in this sector, she decided to combine her business skills with her passion for animals and pursue a new career path.

Ms. McConnachie joined UBC’s graduate program in Animal Welfare in 2004, completing her Master of Science degree in 2007. For her thesis, she developed a decision framework to help donors and foundations better assess the effectiveness of animal welfare organizations in order to improve their philanthropic decision-making.

From 2008-2015, Ms. McConnachie was the Director of Farm Animal Programs for the Vancouver Humane Society. She was responsible for programs aimed at phasing out intensive livestock production methods, including the successful Chicken OUT! campaign – an initiative aimed at phasing out the use of battery cages to house egg laying hens. Ms. McConnachie is now a consultant to the animal welfare sector, and to the food and agriculture industries, helping them incorporate animal welfare improvements and programs in their supply chains. She was also a member of the Vancouver Foundation’s Environment and Animal Welfare Advisory Committee from 2010-2019.