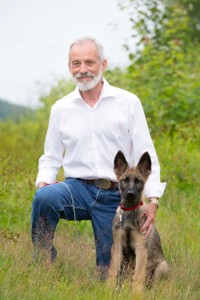 Dr. Willis obtained his Doctor of Veterinary Medicine degree at the Ontario Veterinary College, University of Toronto, and his Diploma in Bacteriology and Doctor of Philosophy degree at the School of Hygiene, University of Toronto.  His career in the federal Agriculture and Agri-Food Canada and Canadian Food Inspection Agency, spanning 36 years, included directing animal health and plant protection programs and laboratories.  He managed programs to construct five laboratories across the country including Canada’s only maximum biocontainment laboratory in Winnipeg, built and operated jointly with Health Canada.  At that laboratory, he served as its first Executive Director.  Dr. Willis represented Canada’s animal health program internationally and is the only North American to be elected as President of the World Organization for Animal Health (OIE).  He is also the only Canadian to be awarded the OIE Gold Medal.

After his retirement from the federal government, he established and was President of the Norm Willis Group Inc.  This group contributed to a number of animal health topics including the international consideration of mass animal destruction, the introduction of foresight to animal health policy development, a study of the future of veterinary medical education, and the development of a National Farmed Animal Health and Welfare Strategy.

Dr. Willis served as an inaugural member of the National Farmed Animal Health and Welfare Council established to implement the Strategy. He also served as the Executive Director of the Canadian Council on Animal Care.

In 2014, Dr. Willis was appointed by the Governor General of Canada, as a Member of the Order of Canada. He now resides in Nova Scotia.