To date, donations to the AWFC have funded improvements in the following areas of animal welfare:

For details on our past grant-giving activities and recipients, see below: 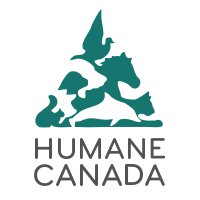 Humane Canada – National Humane Education Strategy
Humane Canada received a grant of $8000 to develope a national humane education strategy to review best practices across North America and put together a strategy that establishes common learning goals, objectives, methods and tools. They will initiate an annual Humane Education Symposium to build and share knowledge gained as part of the development of the strategy.

Paws for Hope – Supporting Vulnerable Youth and their Pets
Paws for Hope received a grant of $5000 to conduct a statistical analysis of data collected on street youth who take care of pets. The report will be publically available, with the intent to improve the policies and programs of organizations that provide care to humans and animals.

Rabbitats – Sharing Information about Feral Rabbits
Rabbitats received a grant of $6000 to create a prototype of a semi-portable enclosure for rabbits that is low-cost and low-maintenance, that can house trapped and sterilized feral rabbits as a means of population management. Rabbitats will share this prototype with shelters, rescues, municipalities, businesses and inidividuals to humanely remove domestic feral rabbits from the wild.

Toronto Wildlife Centre – Educating Elementary-Aged Students about Wildlife
Toronto Wildlife Centre received a grant of $5000 to develop an action-oriented manual to provide safe, appropriate directions and preventative solutions to common wildlife issues. They will engage students in the activities, enabling students to cultivate an ethic of care towards their wild neighbours and experience first-hand how their actions and behaviours can make a positive impact. 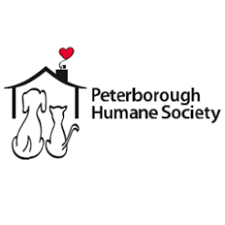 Peterborough Humane Society – Training Course for Social Service Agencies to Assist Women in Escaping Domestic Abuse
Peterborough Humane Society received a grant of $5000 to develop educational materials, a training course and a safe haven locator tool for agencies, humane societies and safe housing networks. These tools will assist these agencies in adapting their programs to ensure pets from families fleeing domestic violence have a place to go.


Paws for Hope received a grant of $4500 to convene focus groups with human and animal welfare experts, ensuring that a plan is in place to help women escape domestic abuse with their pets as soon as they are ready. Learn more about their work.

Animals in Science Policy Institute received $10000 to translate all of their existing educational materials into French. These materials provide teachers an alternative option to animal use in the classroom, while students still meet their learning objectives. Learn more about their work.

The Alberta Institute for Wildlife Conservation received $2300 to create standardized online educational materials about the natural behaviours of many species that are unnecessarily separated from their parents by well-meaning members of the public. These include songbirds, fawns, porcupines, hares, squirrels, ducklings, skunks, and birds of prey.

The Ottawa Humane Society received $4500 to produce online lesson plan materials for teachers who are supportive of humane education. These materials will ensure long-term societal change, with young children in grades 1-3 developing values and skills in awareness, empathy and advocacy for animals.

CFHS received a grant of $2000 to cover costs associated with sending a representative to participate in the National Farm Animal Care Council’s Transportation Codes of Practice Committee to update the Codes from 2001. As the Transport Code Committee work is just getting started in 2018, the funding will cover initial research and meeting work by CFHS selected representatives. Further work will ensue in subsequent years as the Codes are developed (expected to be delivered by 2021).

LAFS received a grant of $5071 to develop 3 original humane education materials for rural and First Nations communities. There will be 2 colouring books (“Our Family” and “Happy Cat/Happy Dog”) and 1 activity book (“Caring for Animals, Staying Safe”). These booklets are curriculum relevant and will fill 2 identified gaps:

AWFC funding will allow direct distribution of thousands of materials to Northwest BC students while also providing free access to the digital files with full reproduction rights across Canada for an even broader reach.

National Wildlife Centre received a grant of $4000 towards the distribution of information and kits for the treatment of emaciated wildlife to rehabilitation facilities. Emaciation can be deadly for injured wildlife. Animals that are sick or injured and do not have food for a long period of time go through metabolic changes that would be deadly to commence feeding right away. Educational kits will be designed to educate those on the signs of emaciation, and how to mitigate and treat it. The development of education kits for rehabbers, students, and veterinarians will help increase animal welfare during rehabilitation and increase the number of successfully released patients. Development and distribution of the kits along with presentations to rehabilitation centers, veterinary clinics, and university students will allow for wide spread knowledge. A secondary goal is for this information to reach the public and prevent feeding of emaciated animals by well-meaning individuals.

Saskatchewan SPCA received a grant of $5000 to develop a voluntary certification program for animal rescue organizations in the province in order to improve standards and conditions for homeless and rescued animals. The project will gather input from various animal protection organizations and the provincial Ministry of Agriculture, a pilot project will be carried out to evaluate the program before it is launched province-wide. Subsequently, a series of 4 regional meetings will be held to promote the program.

Sierra Club received a grant of $8000 to develop the Watch for Wildlife program and materials for the province of New Brunswick. This program was previously funded by AWFC and successfully launched in Nova Scotia in 2016. Watch for Wildlife is a wildlife-vehicle collision prevention program. The main goal of Watch for Wildlife is to raise awareness of the impacts of wildlife-vehicle collisions on people, wildlife, the provincial economy, and tourism, but is especially aimed at reducing wildlife injury, suffering and mortality that results from driving. Most importantly, the program aims to reduce suffering of wildlife left injured on or near the road after being hit by a vehicle by regularly encouraging drivers to stop. Funding covers the costs, in part, of a website, brochures, posters and bumper stickers and magnets, all which provide a phone number to call and information on what to do for injured wildlife.

In 2018, the UBC Animal Welfare Program is celebrating its 20th anniversary. To recognize this milestone, they will be holding a public event that would bring some of their graduates together to describe the application of science to animal welfare from viewpoints of the individuals’ careers. There will be 4-5 speakers, each dealing with a different topic during a 30-minute presentation plus open discussion, followed by a reception. Speakers will be asked to show innovative science-based solutions to animal welfare challenges in their respective areas. AWFC funding of $2000 will help cover some of the travel costs for speakers to attend and present at the event.

Wolf Awareness received a grant of $4950 to build on their knowledge of livestock depredation prevention (outlined in their Rancher’s Guide: Coexistence Between Livestock, People and Wolves 2nd ed.). Their goal is to bring non-lethal coexistence to Ontario. AWFC funding will help them purchase tools (e.g. trail cameras, fladry, temporary fencing, lights) and deploy them on farms experiencing livestock depredation (Spring 2018). They will then assess the effects on livestock losses and update the Rancher’s Guide with this data (Summer 2018). The guide will be distributed to other farmers, and the Ontario government to help support development of government subsidies for farmers to prevent conflicts (late 2018; coincides with release of provincial eastern wolf Recovery Strategy). Creating change in the farming community requires that livestock producers champion these tools themselves. This project will provide them with various tools and assistance to use and assess them so that they will help encourage the province to develop subsidized coexistence programs to reduce carnivore-livestock conflicts across the province. The program will enable livestock farmers to provide safer environments for their animals and conserve the ecologically and inherently valuable apex predators on the landscape.

(January 31, 2005) The Animal Welfare Foundation of Canada is providing funding support for five Canadian university students to attend the Compassion in World Farming (CIWF) conference, From Darwin to Dawkins: the science and implications of animal sentience, scheduled for March 17 – 18, 2005 in London, England.

The AWFC held a national competition inviting university students studying veterinary medicine, agriculture or biology to describe how animal welfare in Canada would benefit from them attending the conference. Excellent submissions were received from students across the country. The winning entries, both of which demonstrated highly developed philosophical awareness of animal welfare issues, were:

Lizete and Michelle will each receive a $1,500 traveling scholarship from the AWFC.

The Animal Welfare Foundation of Canada is also awarding traveling scholarships to three students from the Faculty of Veterinary Medicine, University of Montreal at Saint-Hyacinthe, to attend the CIWF conference. These scholarships are provided through the AWFC’s Quebec special projects fund. The students are:

An exceptional program has been planned for the CIWF conference, with noted speakers from around the world. AWFC President Ian Duncan will be making a presentation titled, The changing concept of animal sentience.

The AWFC believes the Canadian students will derive tremendous benefits from attending the conference and is pleased to provide them this financial support.

Between the years of 1965-1990, the Animal Welfare Foundation of Canada has made grants in excess of $1,000,000 to various SPCA’s, humane societies and other animal protection groups across the country.